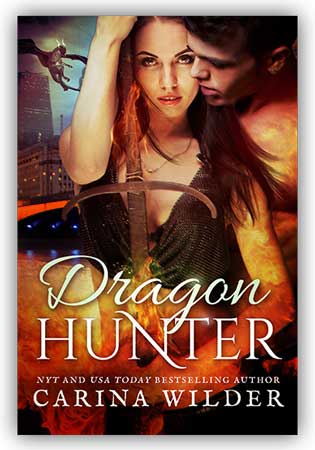 Neko is a skilled Hunter who’s always kept to herself. But when she’s hired to take down the most gorgeous, alluring man she’s ever met, her life becomes more interesting than she ever bargained for.

Lumen is a powerful, gorgeous Dragon shifter, one of the legendary Kindred. As Alpha of the Dragons’ Guild, he has responsibilities to his own kind and isn’t looking for a mate. That is, until he meets the beautiful, dangerous Hunter who’s been hired to take his life. To complicate matters, he can’t stop thinking about her and his inner Dragon is pretty sure they’re meant to be together.

Will unrelenting desire win out over duty?

This is the complete Dragon Hunter story, originally published as a four book serial. This publication is a satisfying standalone novel. Stories continue in Dragon Seeker and Dragon’s Lover, the continuing Dragon Guild Chronicles.

Fascinating characters and enough suspense to keep you glued to your seat, white knuckling your ereader with your heart fluttering wildly in your chest.

I love Carina’s books! Great plots. Always original. Perfect heroines and heroes, with plenty of flaws. Some steamy romance. And some hunky shifters. How can you go wrong?

I have LOVED getting to know this couple; their struggles, their chemistry, their fight for survival and for a chance to be together. These two have got to be one of my favorite book couples ever.

They were the lightest aqua blue, intense, focused. Staring her down, fearless and curious at once. Never had Neko seen such a colour in nature or elsewhere, unless she counted a trip her family had taken once to the Caribbean. Light, impossibly turquoise water, the essence of clean, refreshing and enticing. Yes, that was it. The moment she saw his eyes an irresistible desire set in to dive, somehow, into his very soul.

And Neko felt suddenly ill, a sort of overwhelming sensation of dizziness, as though someone had struck her in the head or the stomach. She reeled as she stood before him, weakened and confused, though by what, she couldn’t say. His perfection, perhaps. It was as overwhelming, as frightening in its way as a hideously disfigured face would have been.

He was a shifter, of course; he had to be. But he was unlike any that she’d ever seen, and she’d seen a hell of a lot of them.

Quickly she leapt off the slain feline, leaving its body to fade into a pile of scattering particles of dust even as startled onlookers began to move away.

As always, the humans were already retreating into an accelerated state of denial, convincing themselves that all of it had just been a dream, a momentary lapse in their mind’s judgment.

They hadn’t really seen a woman slay a giant cat in their midst. That would be absurd. Besides, there was no body. No blood. Not a trace of violence.

But two figures standing among them knew what had transpired, and they remained in place for a moment, facing one another. The man, the tall one with the light eyes, wasn’t retreating. Not yet, at least.

After an all too brief moment, he nodded silently before pivoting away and walking down the street, newspaper tucked under his arm.

It seemed that he didn’t want to be friends.

Neko had no idea if he’d obey her command or keep walking. The one thing she’d been able to figure out, other than that he was jaw-droppingly gorgeous, was his obvious desire to remain hidden. So drawing attention to him probably wasn’t the greatest idea. But curiosity and something deeper—something within the far reaches of her mind—were telling her not to let the guy out of her sight.

The man paused for a moment, and she sensed him pondering his next move; determining whether she was a threat or an ally. Whether she was worth his time.

And for a moment it looked as though he might move away again, take off down the street without another glance.

But his body seemed to disagree, remaining in place. Maybe he wondered if she wanted a simple acknowledgment. She’d just rendered him a service by taking down his would-be assassin, after all. It was a simple question of common courtesy.

Not that she cared about that; all she really wanted was to see that face once again before it departed forever.

And she got her wish as he turned, slowly, to face her a second time.

“Hello,” he said, offering a warm smile, as though nothing had just occurred involving stabbings and death. A mask over whatever emotions were bubbling up under the surface. And his voice, it turned out, was as beautiful as the rest of him, its effect on her body stunning. A massive cloud of endorphins seemed to burst inside her, shooting through her like explosives.

He was working a sort of spell on her. And to say that it was effective would have been a gross understatement.

“Why was it after you?” she asked, trying to keep her features stern and her voice controlled in spite of the feeling that she might fall to the ground, suffering—or enjoying—the pleasure of a massive orgasm.

Her eyes were searching, focused on his as she eased towards him. Assessing him for truthfulness, among other things. “What did that Lapsed want with you?” she asked again.

“Who knows? I suspect that it was quite mad. But I suppose I should thank you for what you just did…ehm…”

“Neko.” Her own name went through her like a slow moving bullet, exploding pleasure throughout her body again. “Well, thank you for your brave act.” He looked as though he’d pivot and walk away again, but Neko moved quickly towards him, eyes still on his, appraising. Halting him in his tracks once more.

He was so different, his looks aside—whereas most shifters were of little interest to her, he was magnetic, his allure pulling her in even as he stood in place, seemingly indifferent to her existence. Whether this was deliberate or not, she couldn’t say. But it was certainly effective.

All of a sudden she needed to know more. Where was he from? What sort of shifter was he? When could she see him again?

Wait—why the fuck did she want to see him again?

She needed to shake her head, to run away, to loosen the hold that he’d gained. But the most she could do was to lock her feet in place and to focus all her strength on staring him down.

“All right. You know my name. And you are…?” she said, her voice tight, her eyes moving down his body.

“Me? I’m very grateful, of course,” he said, breathing an apparent sigh of relief as he glanced around. People were beginning to pause and to watch them now. She, the strange woman who held daggers in her hands; he the very tall, very unusual looking, very unarmed, man—her apparent target. His eyes moved quickly to a row of connected buildings across the street.

“Listen, Neko,” he said, leaning towards her, “I feel that we should get out of sight for a few minutes. There’s a café across the way. Would you allow me to buy you something hot?”

“Sure.” If that’s what it takes to get some answers.

Her heart pumped ferociously, overjoyed not to have to let him go so soon. And she began to hate the accursed organ for abandoning her. 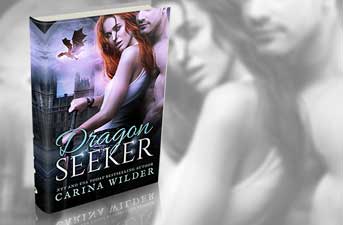 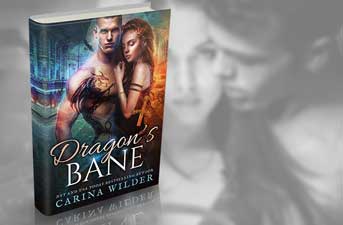